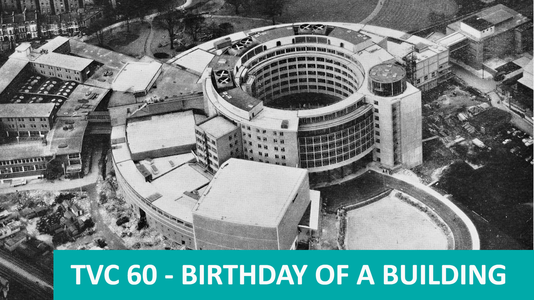 To celebrate the anniversary, RTS London commissioned a special programme looking at the origins and design of the building, and what it meant to BBC staff and viewers in the 1960s and beyond, to be premiered on the day of the anniversary at 4pm. The programme features archive footage, and contributions from Robert Seatter, the Head of BBC History; Phillip Schofield, TV Presenter past and present at TVC; and Roger Bunce, TVC Studio Cameraman in the 1960s.