It is with shock and sadness that we report the death of James Campbell on Easter Sunday. 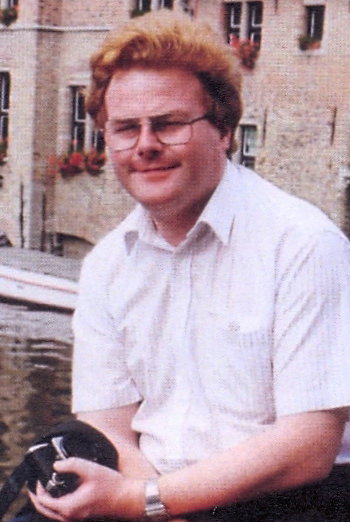 A well known LD and photographer, his credits ranged from Dick and Dom to Mastermind, and from A Question of Sport to The RTS Lectures.  When Later With Jools emerged as a spin-off from The Late Show in 1992 James became its first lighting director, and developed the unique lighting style for which the show became famous.

After graduating in 1981, James had joined BBC Scotland in Glasgow - moving to the Lighting Department of BBC Studios at TV Centre in London in 1985, first as a Lighting and Vision Assistant (Racks) and then as Vision Supervisor (Console).

Promoted to BBC staff Lighting Director in 1992, he went freelance in 2002 - finding time not only to light many television shows, but also to contribute to the STLD by doing much good work as a member of our Committee.

A full obituary will appear in issue 101 of Television Lighting and Design magazine.

James Campbell's funeral was held at Breakspear Crematorium on Thursday 15th April.
Donations should be made to Cancer Research UK or The Salvation Army.

Pictures of James Campbell's many, and various, shows

Some of James's work on IMDb